Mental health worksheets: Take 12% off your order of $20+ in December by using coupon code "DEC22" at checkout!

Do I have PTSD?
Take Our Free Online PTSD Quiz

Thank you for pursuing better mental health! Our online PTSD test consists of 10 statements and should take you 5 minutes to complete.

Please answer each statement carefully and choose one correlating statement that best describes the way you've been feeling over the last one month. This online PTSD test is a screening measure that can help you determine whether you might have PTSD that requires professional help.

Too often people stop short of seeking help due to fears that their concerns are not severe enough to warrant professional help. We urge you to reach out to a licensed professional after taking our online PTSD test.

Please choose the extent you've been bothered or troubled by each of the following statements over the past month (including today): 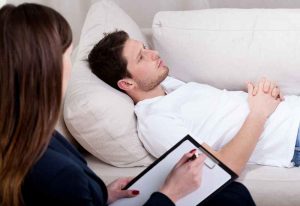 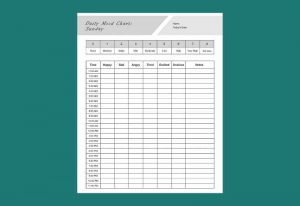 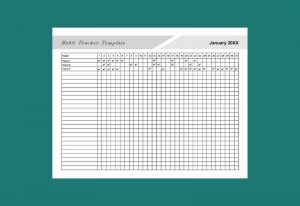 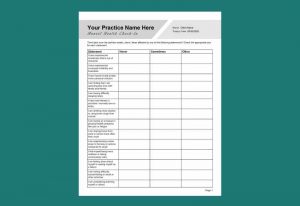 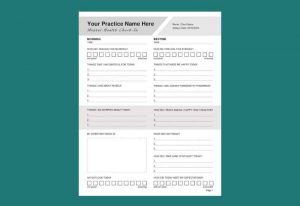 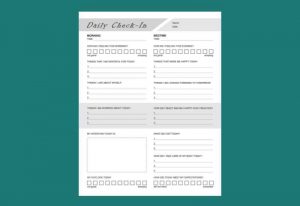 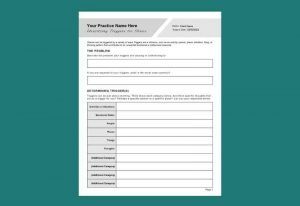 Thank you for taking our PTSD test! Below is a little bit more information about this disorder as well as links to mental health professionals who can help you.

Post-traumatic stress disorder, or PTSD, is a mental health condition that appears after someone experiences or witnesses a traumatic or terrifying event.

According to psychiatry.org, PTSD is

"a psychiatric disorder that may occur in people who have experienced or witnessed a traumatic event such as a natural disaster, a serious accident, a terrorist act, war/combat, or rape or who have been threatened with death, sexual violence or serious injury."

PTSD is commonly thought of a mental health disorder that is linked to soldiers after war, but PTSD can happy to anyone, any ethnicity, any nationality, any culture, and at any age. Approximately 3.5% of U.S. adults are affected by PTSD.

Do I have PTSD? Signs and Symptoms of PTSD

PTSD may start within 1 month of a traumatic event, but sometimes can appear years after an event. Symptoms of PTSD can greatly affect social and work situations, and relationships.

PTSD symptoms are typically grouped into 4 categories: intrusive memories, avoidance, negative changes in thinking and mood changes, and changes in physical and emotional reactions. Let's learn more about each category:

For a person with PTSD and intrusive memories, symptoms may include:

For those who have PTSD and avoidance, symptoms may include:

Negative Changes in Thinking or Mood

For a person with PTSD and negative changes in thinking or mood, symptoms may include:

Changes in Physical and Emotional Reactions

For a person with PTSD and changes in physical and emotional reactions, symptoms may include:

The Diagnostic and Statistical Manual of Mental Disorders (DSM), or DSM-5, outlines that all of the following criteria are required for a diagnosis of PTSD:

Criterion A: Stressor - One is Required

Criterion B: Symptoms of Intrusion - One is Required

Criterion C: Avoidance - One is Required

PTSD symptoms must last for more than one month.

Your symptoms cannot be caused by medications taken, substance abuse, or other illness

In addition to the above criterion for diagnosis, an individual experiences high levels of either of the following reactions:

An individual with delayed specification will not meet full diagnostic criteria until at least 6 months after the trauma occurred. Some onset of symptoms may occur quickly or immediately.

If you need help, there is hope! Reach out to a licensed mental health professional that treats PTSD.