What Are The Most Commonly Diagnosed Co-occurring Disorders?

Co-Occurring Disorders: What Are They

The combined diagnosis of a mental health condition and a substance use disorder in the same individual is what constitutes a co-occurring disorder. The two illnesses manifest simultaneously in the same person whether the diagnosis is made concurrently or sequentially.

Mental Illness as an Addiction’s Underlying Cause

When a person uses a substance to self-medicate, mental illness may contribute to addiction. As a result, they start to depend on the drug to feel normal. This could result in a demand for more and more of the substance to experience its effects, which could then result in the development of an addiction to the substance.

An individual with mental health conditions may also experience changes in the way their brain functions, which increases their risk of developing a substance use problem. People may seek drugs more as a result of alterations in their brain signaling pathways, increasing their propensity to become addicted to them.

How Frequently Do Co-Occurring Disorders Occur

Disorders that co-occur are fairly common. In the US in 2017, it is projected that 8.5 million adults had co-occurring disorders. Nearly 51% of the 8.5 million individuals received treatment for a mental health issue or a drug use disorder. Just 8.3% of people received care for both diseases.

Low self-esteem, guilt, sadness, and difficulty with anger control are just a few of the emotional problems that can have a significant impact on a person’s addiction troubles. However, these problems are typically seen as symptoms rather than disorders when undiagnosed. Let’s review some of the most commonly diagnosed co-occurring disorders:

Individuals with recurrent, frequent anxiety or panic attacks, as well as symptoms like sleep disruption, restlessness, and functional impairment, are diagnosed with generalized anxiety disorder. People who experience frequent anxiety may become dependent on drugs or alcohol for a variety of reasons. While some people abuse prescription anxiety medications like Xanax, others frequently turn to alcohol or illegal substances to improve their social skills or treat other symptoms of anxiety. Generalized anxiety disorder (GAD), the most prevalent mental health illness in the US, affects 18% of the adult population. People with GAD could be more likely to overuse alcohol and medications to treat their symptoms. Benzodiazepines, which are extremely addictive prescription drugs intended to treat anxiety problems, are another substance that people may abuse.

Anorexia and bulimia are two eating disorders that are frequently found in people who need addiction therapy. To reduce appetite and boost confidence, people frequently use alcohol and pharmaceuticals, such as stimulants or diet pills. These issues frequently coexist with body dysmorphic disorder, a condition in which a person has excessive self-criticism and obsesses over perceived physical faults. Although eating disorders are frequently noticed in young adults, anyone can develop them.

Major depressive disorder and bipolar disorder are examples of mood disorders that are characterized by mood disturbances that have an impact on a person’s life. Co-diagnosis of mood disorders and substance use disorders is quite prevalent. In individuals with both disorders, it is unknown which is more frequently identified initially, although it is evident that one affects the other.

Sufferers with substance use and mood problems frequently experience more severe symptoms than those of either disorder alone. It’s typical to attempt to treat a substance use disorder first before tackling a mood disorder. Studies have, however, demonstrated that treating both disorders concurrently improves patient outcomes.

When a person goes through stressful, even potentially life-threatening, situations, post-traumatic stress disorder (PTSD) can result. War, violence, and auto accidents are a few examples. People who have PTSD frequently have flashbacks and night terrors. Some sufferers decide to use medications or alcohol to treat their symptoms, which can further disturb their sleep and emotional equilibrium. A person with post-traumatic stress disorder (PTSD) produces fewer endorphins than a person with a healthy brain, which increases the likelihood that they would turn to alcohol or drugs in order to feel happy. Nearly 75% of troops and veterans who encounter a traumatic or violent event while in the battle report abusing alcohol repeatedly, according to the US Department of Veterans Affairs.

A severe mental illness called schizophrenia makes a person experience hallucinations, psychosis, delusions, and disordered thinking. It’s normal for schizophrenics to lose the ability to discriminate between reality and fiction and to cope with these experiences, many people with this disease turn to drugs or alcohol.

Children and young adults with attention deficit hyperactivity disorder (ADHD) are frequently diagnosed. Focus issues, impulsivity, and hyperactive conduct are its hallmarks. People with this illness are frequently prescribed stimulant-containing prescription drugs. Young adults who have started abusing their prescription pharmaceuticals are common, as are those who use alcohol or other substances as a kind of self-medication to numb their symptoms.

The best approach is the seek addiction rehabs that offer dual diagnosis addiction treatment programs. Such programs target both your mental and physical health. Treatment can start as soon as a specialist issues a formal diagnosis. The symptoms of sufferers who are dealing with both a mental health condition and a substance abuse disease are frequently more severe, long-lasting, and treatment-resistant than those of either disorder alone. Together, the two diseases can be treated more effectively because it is acknowledged that they both have a significant impact on the person’s life.

Common symptoms of the diseases, such as poor mood or issues with impulse control, are frequently the focus of treatment. A dual diagnosis of substance misuse and another mental disease presents the person, their friends, and their family with a variety of difficulties. The presence of a dual diagnosis may make the treatment plan slightly more challenging, but with improved knowledge and education, this difficult condition can be successfully treated and cured. If you are worried about the expenses, know that most insurance providers cover dual diagnosis addiction treatment.

An individual with a dual diagnosis has both a mental illness and a drug or alcohol issue. These circumstances regularly coexist. The use of drugs or alcohol may alter the brain in ways that increase your risk of developing a mental illness. A substance use disorder will occur in about half of people with a mental disorder at some point in their lives, and vice versa. The two disorders can exacerbate each other. Alcohol or narcotics may be used by people with mental illnesses in an effort to feel better momentarily. Additionally, mental illnesses may alter your brain in a way that increases your risk of developing an addiction. A person with two diagnoses must manage both ailments. You must give up alcohol and drugs for the treatment to be effective. Medicines and behavioral therapy are possible treatment options. Assistance groups can also provide you with social and emotional support. They serve as a forum for exchanging advice on how to handle everyday difficulties. 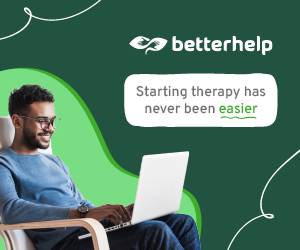